EREWASH CONSERVATIVES LANDSLIDE VICTORY IN LOCAL ELECTIONS ON 6TH MAY 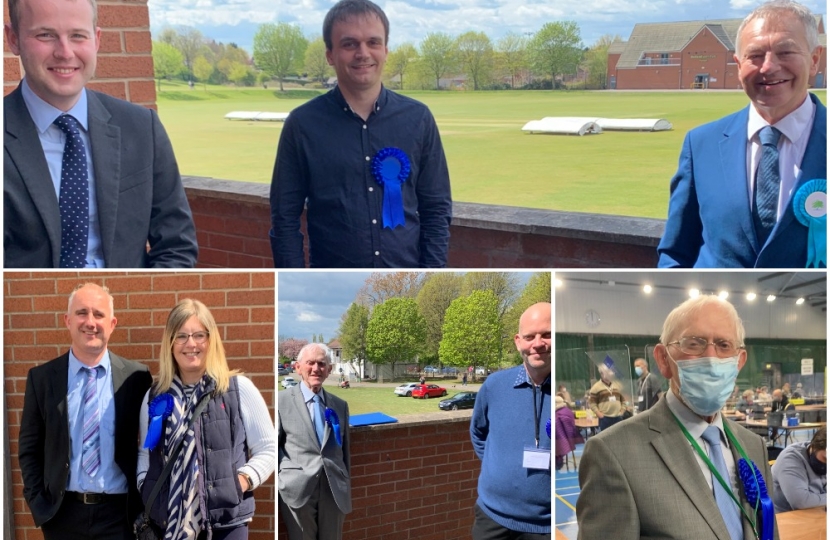 EREWASH CONSERVATIVES LANDSLIDE VICTORY IN LOCAL ELECTIONS ON 6TH MAY

On Thursday 6th May the conservatives won all 8 county divisions in the Erewash constituency in the Derbyshire County Council elections. They held on to the 7 out of the 8 County Council Divisions with increased majorities and gaining the 8th seat - Ilkeston South from Labour by Aaron Gibson with a 184 conservative majority! The first time in history for a Conservative to win this seat  since the Division was created.

For the detailed results in your area, please visit the Derbyshire County Council Website.

Also on the same day, there were 2 Erewash Borough by-elections in the Nottingham Road Ward(Long Eaton) and the Hallam Fields Ward (Ilkeston) were the 2 Labour Councillors had resigned. The 2 seats were gained from Labour with Bryn Lewis winning with a fantastic majority of 198 and Jonathan Wright taking the Hallam Fields ward with a great 176 Conservative majority. Gaining 2 more conservative councillors for the Erewash Borough Council.

A VERY BIG THANK YOU to all our members and volunteers who worked hard to achieve this success. To YOU the electors who voted Conservative  in Erewash.

To view information and how to contact your local councillors, please use the following link https://www.erewashconservatives.org.uk/people/type/County-Councillors