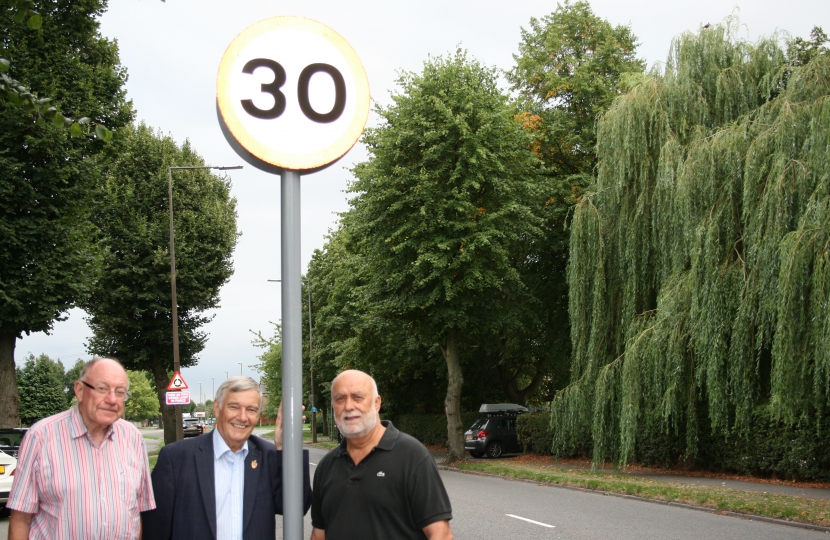 After nearly a two year campaign, a speed reduction from 40mph to 30mph came into force on 20th August on Wilsthorpe Road. Derbyshire County Council has extended 30mph speed limit from Thoresby Road to the main gates of West Park on Wilsthorpe Road to include the roundabout opposite West Park Leisure Centre.

There had been a number of accidents on the island over the last few years, with some drivers approaching this roundabout at speed.

Councillor Kewal Singh Athwal said: "I would urge all drivers using this stretch of Wilsthorpe Road to please respect the new speed limit and on safety grounds do please slow down when approaching the roundabout opposite West Park Leisure Centre"