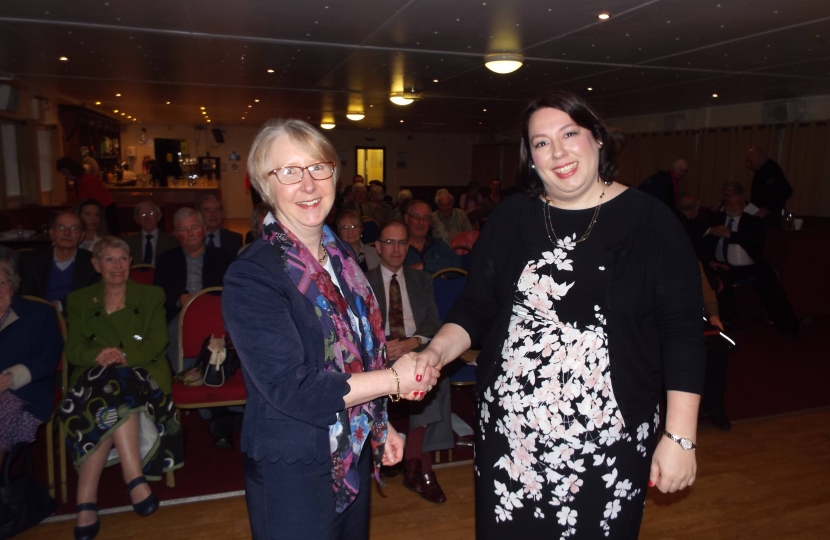 Maggie was picked by local party members to be the new Conservative Parliamentary Candidate for Erewash following a selection meeting at the Ilkeston Football Club on Friday night.

Maggie runs her own marketing consultancy which she set up in 1996, supporting businesses of all sizes across the Midlands.

Maggie said:” I am honored and delighted to be selected as the new Conservative Parliamentary Candidate for Erewash.

“Jessica Lee MP and the Conservative – led Government have delivered for the hardworking people of Erewash. Employment is up, new apprenticeships are increasing and infrastructure projects including the new Ilkeston Railway Station will help growth continue.

“I look forward to working closely with Jessica over the next year to make sure the Government continues to deliver for the people of Ilkeston, Long Eaton, Sandiacre and our surrounding communities”

A long- time political community activist in the Midlands, Maggie has run a number of campaigns in the region including promoting small businesses, protecting the Green Belt, fighting to keep hospital services and boosting local employment opportunities.

At the 2010 General Election, Maggie stood as the Conservative candidate in Solihull increasing the Party`s share of the vote by 3%.

The new candidate has been backed in her bid for election next year by the current Conservative MP for Erewash, Jessica Lee.

Jessica said: “Maggie Throup is a superb community campaigner and will be an excellent MP for Erewash and a great voice for local residents in Parliament.

“Maggie has run many campaigns similar to those I have run locally as an MP. She has set up a `Job Club`, complementing the successful Jobs fairs which I have championed here in Erewash.

“Both Maggie and I will be working closely together over the next year for benefit of Erewash.”