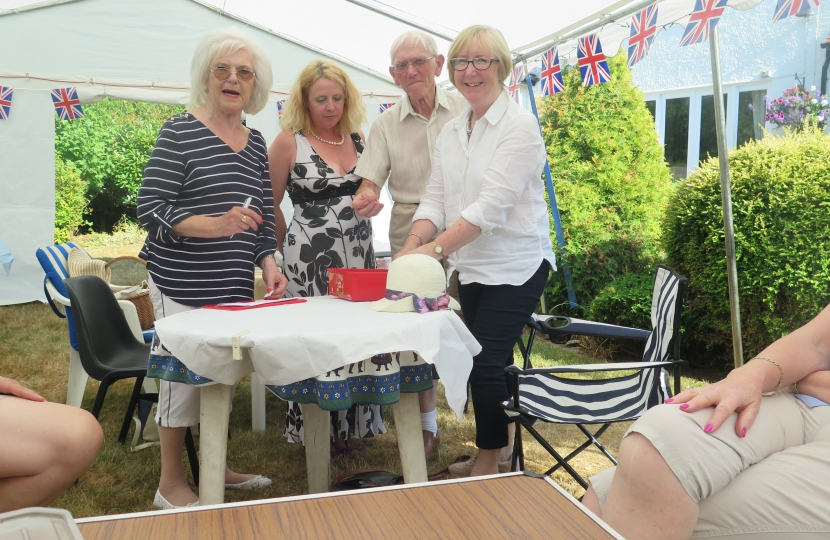 Over 200 visitors enjoyed the 2018 Annual Breaston Garden Trail, organised by Breaston Conservatives for the 15th July. In spite of heavy competition from both the Wimbledon Final and the Football World Cup Final, the event was a huge success!

This year, thirteen resident gardeners opened up their homes to the public - the largest number for several years. The lovely warm sunshine also showed their gardens in all their splendour, even if some of the lawns were a brownish hue rather than a lush green.

Mrs Sue Riley's plant stall raised over £100 for the local Conservative Party and the grand raffle was drawn by Erewash MP Maggie Throup. A big thank you must go to all of the gardeners and the many volunteers who helped the event possible, as well as the local retailers and outlets who sold the Garden Trail Passports for the event.

A fabulous Sunday afternoon was enjoyed in Breaston by all who attended.